The Mirandola Ensemble, established in 2011, is a Minneapolis, Minnesota-based professional choral ensemble dedicated to promoting the highest standards of choral music, the idea of choral music as ‘high art’ in the Western tradition, and the aesthetics of the Renaissance. The ensemble is a 501(c)(3) non-profit arts organization, and has served multiple years as a Class Notes Artist-in-Residence for Classical Minnesota Public Radio. The group’s three studio albums – “The Infant King: Advent and Christmastide”, “Unquiet Thoughts: The Lute Songs of John Dowland”, and “Nymphs & Angels” – are all available via iTunes, Apple Music, Amazon, Spotify, and other streaming music services.

The Mirandola Ensemble is led by Artistic Director and tenor Nick Chalmers.

Nick, originally from Hopkins, Minnesota, is a founding member of The Mirandola Ensemble and has been its Artistic Director since January 2016. He has previously sung with The Rose Ensemble, The Bach Society of Minnesota and Lyra Baroque Orchestra, the Minnesota Bach Ensemble, Glorious Revolution Baroque, The Singers-Minnesota Choral Artists, and the Minnesota Chorale. Recent solo engagements include Oratory, Magnum Chorum, the Church Music Association of America, and the St. Mark’s Cathedral Concert Series. Last spring, Nicholas concluded his Master’s studies in Choral Conducting at the University of Minnesota, where he conducted several campus ensembles and held a Teacher’s Assistant position in the music theory department. Nicholas is in his fifth year as the Director of Music at Chesterton Academy and was recently appointed Director of Music at Annunciation Church in South Minneapolis.

A Minnesota native, Andrew holds a Bachelor of Music from Augsburg College and has performed across the United States and internationally with the Rose Ensemble, Bachakademie Stuttgart and the Oregon Bach Festival. 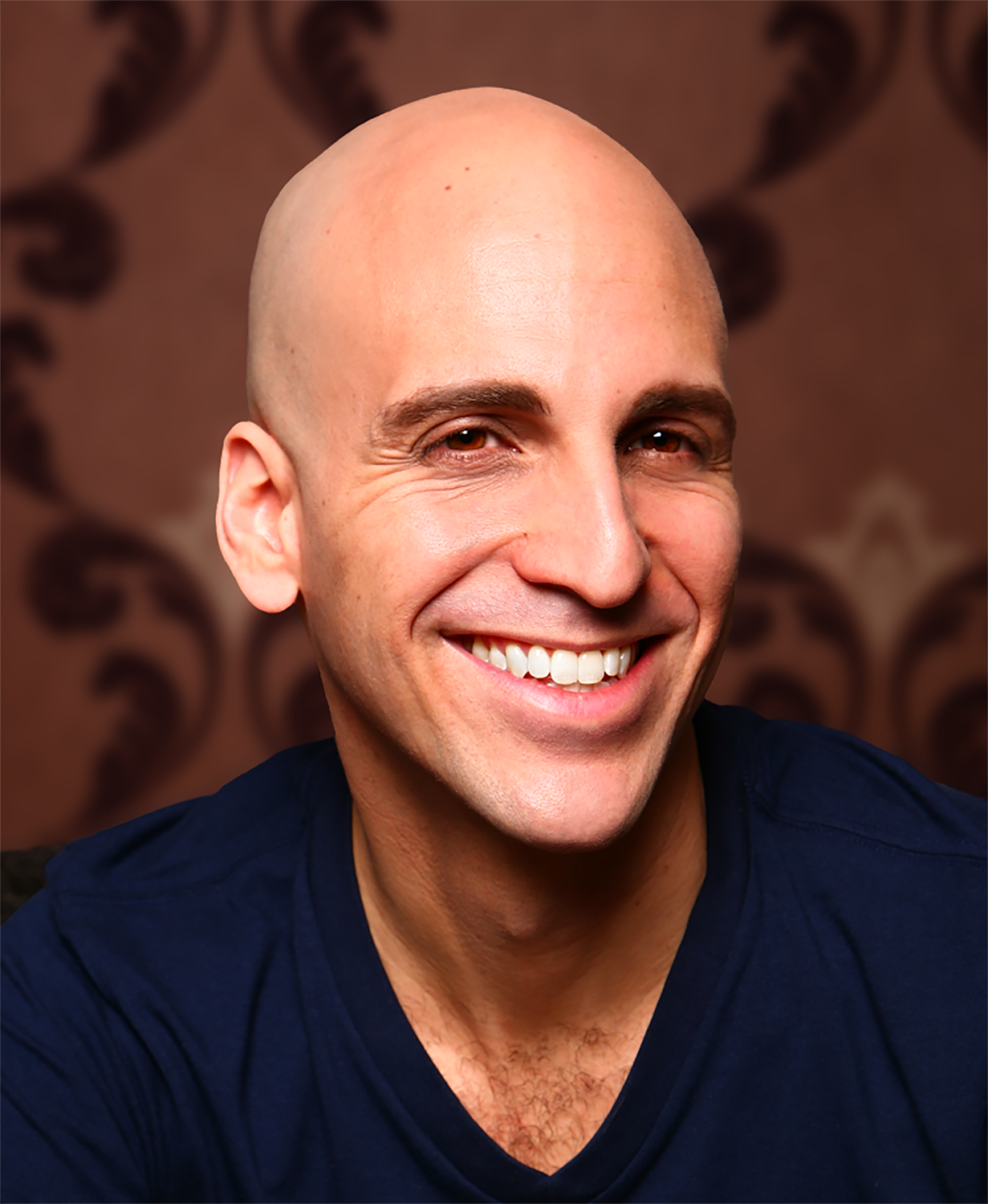 Singer, actor, composer, and lyricist Rodolfo Nieto is a recurring presence on Twin Cities theater stages. He has worked with Theater Latté Da, History Theatre, Artistry, Mixed Blood, Minnesota Opera, and Mixed Precipitation, to name a few. He also sings frequently with Border CrosSing, a choral music organization based in Minnesota. As a composer, Rodolfo has written songs, arias, and a short recipe-based operita, most of which reflect his Hispanic heritage. He wrote and produced The Minnesota Beer Song in 2021, which now has over 18k views on YouTube. You can find all of those works on his YouTube channel.

Dr. Alyssa Anderson has enjoyed in the musical challenges and delightful camaraderie of being part of The Mirandola Ensemble since 2018. A specialist in both early music and contemporary experimental performance, Alyssa has performed as a soloist with a wide variety of ensembles in Minnesota and nationally. She is particularly proud of the work she has done commissioning and premiering new music through her voice and guitar duo, The Dream Songs Project. Alyssa received her B.M. in performance from the State University of New York, College at Fredonia, and her M.M. and D.M.A. from the University of Minnesota, where she focused her studies on early 20th century American experimental vocal music, in particular the songs of Henry Cowell. More information and upcoming performances can be found at AlyssaAnderson.org.

Chelsie Propst (soprano) is an active performer of both early and modern music based in Madison, WI. She is a current member of the Rose Ensemble and the Madison Choral Project. In addition to her work with the Rose Ensemble, Chelsie has performed with acclaimed early music ensembles Liber and Piffaro. In Wisconsin, she regularly performs with the Madison Bach Musicians, the Madison Choral Project, and Present Music. In addition to her ensemble work, Chelsie regularly appears as a recitalist and concert soloist. Recent stage appearances include Second Woman in Purcell’s Dido & Aeneas, L’Amour in Rameau’s Pygmalion, Donna Elvira in Mozart’s Don Giovanni, and Belinda in Dido & Aeneas. She is currently pursuing a PhD in Historical Musicology at UW-Madison.

Hannah Armstrong, soprano, is thrilled to be singing with Mirandola. Hannah has been a member of The Singers since 2009, where she has been a frequent soloist with the ensemble on works of Handel, Fauré, Bernstein, Poulenc, and Paulus under the direction of Dr. Matthew Culloton. Hannah has also been a member of the MN Beethoven Festival Chorale under the direction of Dale Warland, The Oratory Bach Ensemble under the direction of Dr. Matthew J. Olson, and has appeared as soprano soloist for The Oratorio Society of Minnesota, and University of Minnesota Orchestra. She graduated from Luther College in 2009 with a Bachelor of Arts degree in Music Education and Africana Studies, and while there sang under Dr. Craig Arnold in the Nordic Choir. Hannah is currently pursuing a D.M.A. degree in Vocal Performance at the University of Minnesota where she earned her M.M. studying with Dr. Wendy Zaro-Mullins. Hannah is also vocal music and choir director at Southwest High School in South Minneapolis, and a triathlon competitor.

Kristina Boerger received her formative musical training from pianist Annie Sherter and holds the doctorate in Choral Conducting and Literature from the University of Illinois. Her early-music vocal credits include: The Rose Ensemble, La Grande Bande, and the Ottawa Bach Choir; the Manhattan-based ensembles Pomerium, Western Wind, Early Music New York, Vox Vocal Ensemble, Trinity Wall Street Choir; and the 2006 and 2009 runs of Sir Jonathan Miller’s semi-staged Bach Saint Matthew Passion at the BAM Harvey Theater. As a director of early and new music, she has served the Madison Early Music Festival, Chanticleer, The Rose Ensemble, An Opera Theater, the Saint Paul Chamber Orchestra, and Manhattan’s Cerddorion, AMUSE, and Collegiate Chorale. She is currently the John N. Schwartz Professor of Choral Leadership and Conducting at Augsburg University in Minneapolis.

Matt, who has performed with The Mirandola Ensemble since 2011, is the Founding Artistic Director and Conductor of The Singers – Minnesota Choral Artists.  In August 2010, he became Choirmaster at The House of Hope Presbyterian Church in St. Paul. He holds degrees from Concordia College, Moorhead (B.M. in Music Education) and the University of Minnesota (M.M. in Choral Conducting, D.M.A. in Conducting). Matt has studied conducting with René Clausen, Kathy Romey, Craig Kirchhoff, Paul Nesheim, Matthew Mehaffey, Mark Russell Smith, and Bruce Houglum.

Our name comes from the esteemed Renaissance philosopher, Giovanni Pico della Mirandola (1463 – 1494), who wrote in his seminal treatise “Oration on the Dignity of Man”: “[Adam,] to you is granted the power, contained in your intellect and judgment, to be reborn into the higher forms, the divine.”

In the Mirandola Ensemble, we aim to take the spirit of Mirandola’s philosophy seriously, just as our favorite Renaissance composers did. Vocal music should be not only entertaining and fun, but also enlightening and even moral. It has the ability not only to amuse us, but to make our lives better.

The Mirandola Ensemble aims to represent the highest standards in vocal music performance, utilizing the most recent scholarship and the very best professionals in the field today.